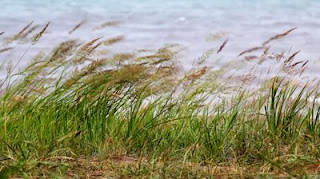 Posted by Christ Church Morningside at 7:48 PM No comments:


Andrew, by Jesus drawn
away from nets and fish,
Till his discipleship
hides all his other, earthy life.

Andrew, the first to call from Galilee,
Calls still, each time in echoes,
on some other shore
where rocks of ages glisten in the sea.

Andrew, an icon of the faith
that Jesus wrote,
Or in a stained glass window as
God lights some dedicated place.


Romans 10:8b-18
'The word is near you, on your lips and in your heart" (that is, the word of faith that we proclaim); because if you confess with your lips that Jesus is Lord and believe in your heart that God raised him from the dead, you will be saved. For one believes with the heart and so is justified, and one confesses with the mouth and so is saved. The scripture says, "No one who believes in him will be put to shame." For there is no distinction between Jew and Greek; the same Lord is Lord of all and is generous to all who call on him. For, "Everyone who calls on the name of the Lord shall be saved."
But how are they to call on one in whom they have not believed? And how are they to believe in one of whom they have never heard? And how are they to hear without someone to proclaim him? And how are they to proclaim him unless they are sent? As it is written, "How beautiful are the feet of those who bring good news!" But not all have obeyed the good news; for Isaiah says, "Lord, who has believed our message?" So faith comes from what is heard, and what is heard comes through the word of Christ.
But I ask, have they not heard? Indeed they have; for"Their voice has gone out to all the earth, and their words to the ends of the world."

Matthew 4:18-22
As Jesus walked by the Sea of Galilee, he saw two brothers, Simon, who is called Peter, and Andrew his brother, casting a net into the sea-- for they were fishermen. And he said to them, "Follow me, and I will make you fish for people." Immediately they left their nets and followed him. As he went from there, he saw two other brothers, James son of Zebedee and his brother John, in the boat with their father Zebedee, mending their nets, and he called them. Immediately they left the boat and their father, and followed him.

Posted by Christ Church Morningside at 4:46 PM No comments: