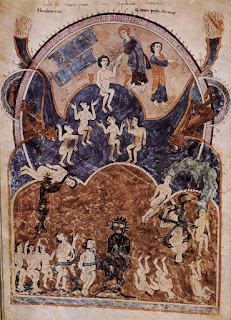 On Advent Sunday a new cycle of readings begins and the Gospel passages move from Luke to Matthew, mostly.  But on Advent Sunday itself, this change is not so very significant. Whatever the year, the readings for the first Sunday in Advent are always powerfully apocalyptic – all about the end of time and the final judgment.

It is belief in a beginning and an end to time that differentiates the great religions of the book from the religions of the East. Whereas for Buddhism and Hinduism salvation lies in escape from the endless round of existence, for Judaism, Christianity and Islam, history is the context within which God brings about the redemption of the world. Yet, generally speaking, compared to Christians in centuries past educated people nowadays have great difficulty in believing in an apocalyptic end to time. Moreover, the popularity in certain quarters of 'the Rapture' and 'left behind' theology has resulted in 'adventism' being regarded, even by committed mainline Christians, as a belief for religious fanatics or obsessives. Still, the doctrine of the Second Coming  and the Last Judgment cannot be set aside as exotic inventions. Here they are, right in the appointed Common Lectionary. So what should we think about them? How are they best understood? 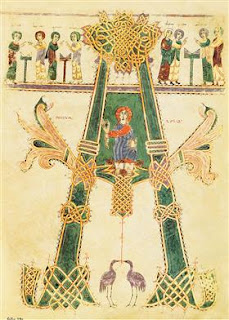 The first point to emphasize is that, despite the frequency (and enthusiasm) with which people have tried to predict ‘the end of time’, Jesus is quite clear -- “about that day and hour no one knows, neither the angels of heaven, nor the Son, but only the Father”. In other words, all this will happen in God’s time, not ours. Secondly, ‘if the owner of the house had known in what part of the night the thief was coming, he would have stayed awake and would not have let his house be broken into’. The message seems to be this: don't try to predict the end of time, but always be aware of its possibility. It is not prediction, but readiness that matters.

Since each of us has our own ‘end of time’ – the hour of our death -- this makes sense. It does not matter when God brings the whole of history to a close, if we have met the end of own lives quite unprepared. Suppose with the inevitability of death in mind, we take the message of Advent to heart. What then are we to do by way of preparation? The Epistle for this week has the answer ‘You know what time it is now, how it is the moment for you to wake from sleep. Let us then lay aside the works of darkness and put on the armor of light; let us live honorably as in the day’. The passage from Isaiah puts it even more simply ‘Come, let us walk in the light of the LORD!’ The world regularly confronts us with the choice of letting our thoughts and actions be exposed to the light, or hiding them in some form of darkness. The 'moment’ to choose light over dark is perpetually 'now'.
The two illustrations --  The Last Judgement and The Alpha are works by Ende, a 10th century female Spanish manuscript illuminator.
Posted by Christ Church Morningside at 10:24 AM